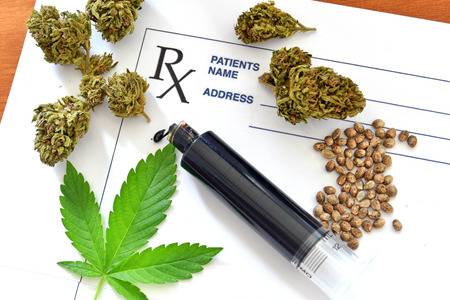 The end of June marked a big shake up for the Arizona Medical Marijuana Program and all who belong to it, regarding ‘hashish’ and subsequently cannabis concentrates.  The Arizona Court of Appeals ruled in case: State of Arizona vs. Jones, because Arizona Medical Marijuana Act (AMMA) failed to mention ‘hashish’ specifically, it is therefore illegal as are any extraction of the plant.  (6/27 email State v Jones) Let’s take a look into, hashish, and marijuana concentrates along with how both are utilized for their medical benefits, as well as how they are made.

The most simple and widely made form of concentrates, made by running the buds, or flower, over silk screens allowing the trichomes to fall through and collect is referred to as: Keif.  Another form of Hashish is Bubble Hash, in this process the buds are mixed with ice and water (as the THC will not dissolve in the icy water) rather it will freeze and raise to the top for extraction, then sifted through bubble bags for farther filtering of the final product.  Bubble Hash is typically darker in color and much more concentrated usually found in a more  compacted block than its precursor, (loose) Keif.  Patients have found both Bubble Hash, and Keif,  beneficial for instant relief of various symptoms systematically (via edibles), and a solvent-free method of maximizing mother nature overall!

When compared to Hashish, Cannabis concentrates yield a higher THC percentage (40%-90%) as all forms utilize a solvent for extraction.  The most commonly used solvents are butane, and CO2. Either must be fully purged from the plant matter before eligible for consumption. Opponents of Marijuana concentrates tend to doubt the purging such solvents, causing the cannabis extraction industry to mainly lean towards CO2 extraction over butane.  Oils that are typically found in vaporizer cartridges and made into various tinctures,  have gained popularity for the ease of use with discretion and little to no odor. Tincture is the easiest method to consume cannabis (or any other herb) with precise dose with out having to inhale anything at all.  Vaporizer Cartridges deliver an instant affect with out the carcinogens related with smoking. Wax is the most commonly found cannabis
concentrate in dispensaries to date. Extraction is performed with a solvent, however while the solvent is purging, the oil is whipped creating a waxy substance resembling ear wax.  Similarly, Shatter is developed in a pressurized vacuum to single out cannabinoids (ie THC or CBD). The product is Amber or very light brown in color and snaps under pressure, hence the name shatter. In the case of Wax and Shatter some extractions have tested over 90% THC benchmarking as some of the strongest cannabis on the market.

Rick Simpson Oil (RSO) is the most popular Cannabis concentrate amongst cancer patients.  Usually found in a syringe, RSO is the highest concentration of full spectrum cannabinoids found in the plant.  Flowers or buds are soaked in a solvent, usually alcohol, then boiled at a low steady heat, yielding a dark, brown, tacky, oil.  Patients generally use a dose, the size of a grain of rice, orally for the most rapid absorption.

Cannabis extractions, or concentrates, are exponentially stronger than the standard cured buds. Manufactures have harnessed this strength for precise dosing for various edibles, infused oils, sublingual sprays, tincture and the most common, dabbing. The medical applications have been shown effective for those suffering from ailments ranging from cancer, glaucoma, and break through pain. Methods of extraction can be complex and in some cases dangerous, it is best in the hands of those who are properly trained and educated.

For more information on How to Use Cannabis as Medicine, or to Obtain your Arizona Medical Marijuana Card in Tucson AZ, Please Contact Natural Healing Care Center at 520-323-0069 or Visit our Website WWW.NATURALHEALINGCARECENTER.COM We are located in the Heart of Tucson AZ and We are here to Help our community.